Windermere, FL (October 10th) – Since its inception, the USA Memory Championships event has attracted mental athletes throughout the country. Past champions that will be competing include 2019 winner Lance Tschirhart, 2018 champion John Graham, and 4x champion Nelson Dellis. Along with 11 mental athletes that qualified in the virtual event held on August 7th, they will demonstrate the amazing capability of human memory.

The Mental Athletes will compete in challenges that require a mix of short and long- term memory skills. Finalists compete head-to-head on stage. As we considered the continuation of COVID protocols, it was decided to restrict spectators from attending. With the help of our partners the Rosen JCC Town Square Center and Full Sail University, we will be live streaming the event. People will be able to view it on the USA MEMORY CHAMPIONSHIP YouTube channel. The games will begin with Lumosity’s Pinball Recall to seed the athletes. We will then have our four main events:

3) It’s Been A Long Time (Mental Athletes are tested on 2,500 bits of information provided 30 days before the competition)

“The 22nd championship should be our most exciting event ever as three prior champions are competing with a number of very strong qualifiers from Aug 7th.” says Tony Dottino, Founder of the USA Memory Championship. “We are delighted to be holding the event at the JCC’s Rosen Event Center in Orlando, because the JCC is leading a community-wide initiative to create awareness on the importance of responding to cognitive decline in people of all ages.

“We know there is great stigma talking about and acknowledging memory issues in people. So, a community-based program like the Memory Championship, that shows how memory can be strengthened like any other muscle in the body, is a great asset to promote”, says Dr. Reuben Romirowsky JCC CEO.

“Memory is a skill that anyone can improve if they have the belief that they can improve, combined with the willingness to learn and practice, ” says Dottino. “All of our champions began with what they defined as “ordinary” memory ability.”

Over its 22-year run, the competition has expanded and gained the attention of a larger audience. In 2019, Netflix released the Memory Games documentary, which gave viewers a front row seat into the lives of four mental athletes.

Dr. Bob Schafer, Chief Science Officer and General Manager of Lumosity said, “These mental athletes come from all backgrounds and are incredible representations of everything the Lumosity community stands for: the idea that all of us can learn to do more with our minds. We couldn’t be more excited to support their hard work and inspire the world through their stories.” In addition to the competition, we will have several speakers from MIT that will address current research into the topic of memory that addresses brain function and performance.

Dr. Robert Ajemian from MIT states, “I love the diversity of memory challenges that are included in the event. We strive to test as many different types of memory as possible. The competitors’ performance is a fantastic demonstration of the power of human memory.” With the topic of memory gaining more and more interest in the general populace we encourage any media, TV, radio, and journalists to attend the event and see these amazing people in person.

About the USA Memory Championship: The USA Memory Championship is a tournament of memory challenges, founded by Tony Dottino in 1997 to demonstrate the tremendous potential for each of us to improve our memory. It has appeared in the New York Times, LA Times, Washington Post, and USA Today and was featured in the 2019 Netflix documentary, Memory Games. For information or competition details, visit www.usamemorychampionship.com, or contact karenpinson@usamemorychampionship.com or call Tony Dottino at 201-446-1808 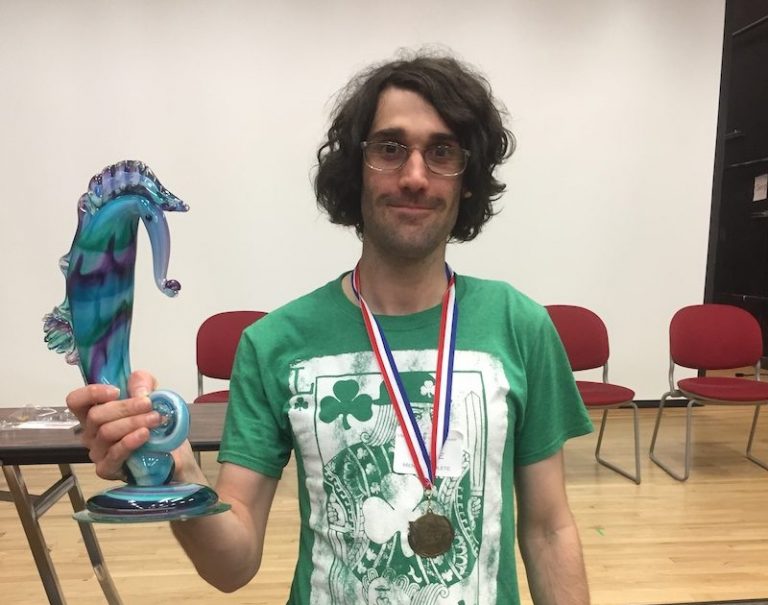 The USA Memory Championship (USAMC) held its qualifying event on August 7. Competitors from around the country competed virtually in 5 events hosted by Lumosity and Memory League. Returning from last year’s Virtual Competition were the Lumosity games Rotation Matrix and Memory Match.  Joining those two were the USAMC debut of three games provided by…