What is the USA Memory Championship®?

The USA Memory Championship® is an Olympiad for ‘thinking’ games. Set up as a sporting event for Mental Athletes, the tournament consists of memory challenging tournament-style competitive events including memorization of 126 names and faces, a shuffled deck of cards, an unpublished poem, and speed numbers.

The top Mental Athletes from the preliminary round will advance to the Championship Round to compete for the title of USA Memory Champion.

What is the mission of the USA Memory Championship®?

The USA Memory Championship and its organizing committee are dedicated to the intellectual achievement of people by providing an understanding of the unlimited abilities of the human brain. We provide a forum to compete in the most important and fundamental skill of mental ability – memory.

ONLY UNITED STATES CITIZENS ten (10) years and older are eligible to compete. If requested, the applicant must prove eligibility status by providing documentation as listed below:

United States of America citizen as supported by official government-issued documents such as a state notarized birth certificate with a photo ID or USA issued passport. 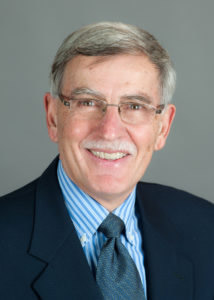 Tony Dottino founded the USA Memory Championship® in November 1997. He has the conviction that each of us has the potential for far greater intellectual achievements than we ever thought possible. The USA Memory Championship emerged as an ideal venue for raising public awareness about memory and its critical role as the foundation for all our mental abilities.

In 1993, Tony launched the Florida based Dottino Consulting Group, which specializes in creativity, culture change, brain-to-brain communication, and process innovation. He has co-authored two books, The BrainSmart Leader (1999) and Grass Roots Leaders: The BrainSmart Revolution in Business (2007), both which provide practical instruction by applying knowledge of how the brain works to improve business results.

Tony has been featured in the New York Times, Investor’s Business Daily, Business News, USA Today, Newsweek, Vogue, and Human Capital magazines, as well as on television and radio programs. Tony has adapted these skills to the health care industry and is teaching health care providers on how to utilize these skills to improve patient care and their hospital experience.

Tony is currently collaborating with neuroscientists from Princeton, Columbia, and MIT on a research study about memory techniques and their impact on the brain.

Your brain is like a muscle. Exercise it!
When given the proper training, it gets stronger, regardless of age! 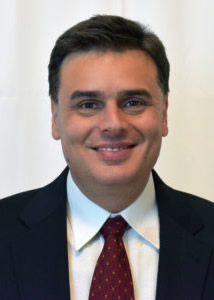 Michael Dottino is responsible for the development of new products and services, including the online course Maximum Memory Mastery (M3), for the USAMC.  He spent the last two years developing the core curriculum for M3 and currently provides both personalized and classroom instruction of its material.  Industries represented by his clients include health care, hospitality, armed services, education and fire prevention.

Michael collaborates with the neuroscience department at MIT to ensure that the memory and learning principles included in the USAMC’s training are consistent with current research in the field.  He has spent 20 years studying the topics of memory, creativity, and “learning to learn.”

Prior to joining the USAMC, he had almost 30 years of progressive finance experience.  He was a senior finance leader at Walt Disney World for almost 20 years, after providing advanced corporate financial analysis at Toys “R” Us and Arthur Andersen.  During his time at Disney, Mr. Dottino was responsible for complex financial valuations such as theme park expansions, new resort development, cruise fleet expansions and the My Magic+ initiative 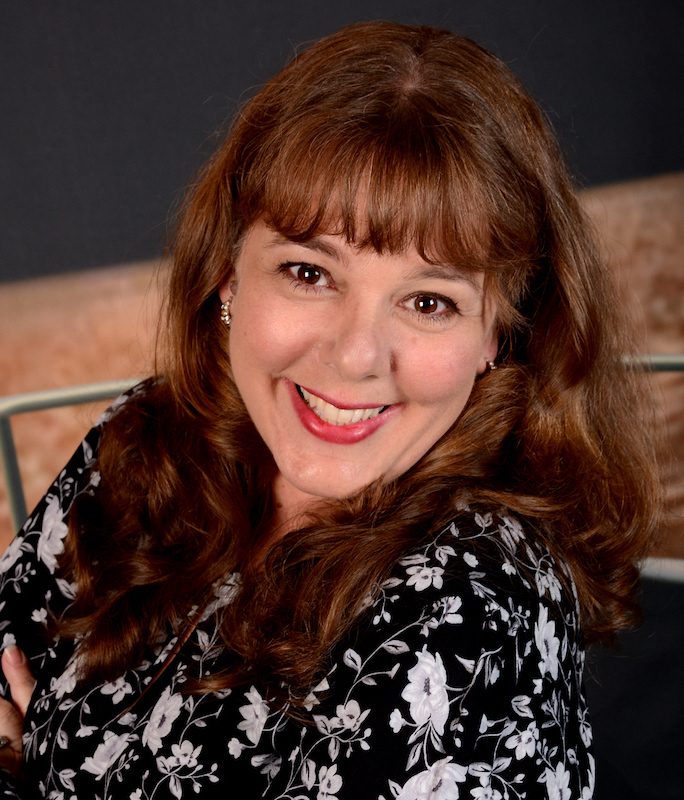 Karen is critical to making the USA Memory Championship happen. Ms. Pinson develops all of the event games and on the day of the event serves as its Director of Operations.

Karen is responsible for maintaining the USA Memory Championship website and its presence in key social media outlets. She also serves as the liaison to the Mental Athletes, helping them through the registration process, answering their questions and offering encouragement during the competition. Karen has been working with the organization since 1997. 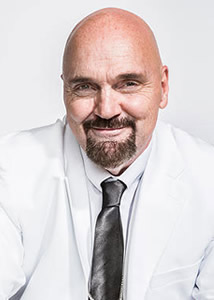 Jim Karol has gone from a Pennsylvania steel worker to becoming one of the most EXTRAORDINARY MINDS in the world!

Jim has been seen by millions of people from his numerous appearances on the Tonight Show, the Ellen Show, the Today Show, Howard Stern and NBC’s LIVE reality show, Phenomenon.

He has also held three Guinness World records and has made more than 3,000 appearances at college’s across the country, including an astonishing 67 engagements at the United States Military Academy.

Jim has become a regular speaker at many other prestigious places like the Pentagon, MIT’s McGovern Institute for Brain Research and dozens of military bases around the globe. He has also appeared at the Invictus Games, the Warrior Games and traveled to Walter Reed Medical Center with the USO each month, helping wounded warriors with Invisible Wounds (PTSD).

Some of Jim’s amazing abilities include knowing more than 80,000 Zip Codes, thousands of digits of Pi, the Scrabble dictionary, Sports Almanacs, hundreds of Science and Medical Journals and thousands of other facts!

He can tell you the day of the week for EVERY DATE, all the way back to 1AD and can memorize a shuffled deck of cards in less than a minute!

Jim is the author of three books and has a publishing deal with St. Martins Press for his NEW book “Ultimate Memory Magic”, which will be released in September, 2019. 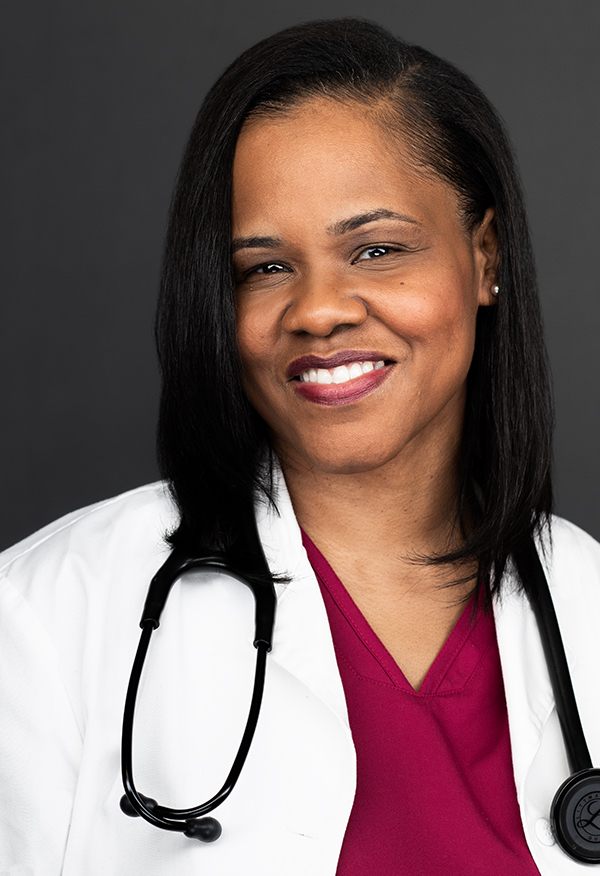 Dr. Rebekah has experience working with active military and veterans groups, as well as with civilian audiences. She has spoken at leadership workshops, alumnae events, women’s retreats, and conferences, and is in demand as an expert panelist as well.

Dr. Rebekah earned her medical degree from the University of North Carolina at Chapel Hill School of Medicine, and completed her residency and faculty development fellowship at Southern Regional AHEC, a Duke University community program. She concurrently attended Duke University to complete a certificate in clinical leadership. As residency program faculty, she had the privilege of teaching medical students and medical residents at various levels of training. It was there that she won a prestigious resident teacher award from the Society for Teachers of Family Medicine. Dr. Rebekah has done formal research studies at both Morehouse School of Medicine , funded by the National Institutes of Mental Health, as well as with the University of Pittsburgh Department of Neuroscience. After becoming a diplomate of the American Board of Integrative and Holistic Medicine, Dr. Rebekah earned her certification in clinical hypnosis under the tutelage of mentors such as Dr. Holly Forester-Miller of Durham, NC and Betty Alice Erickson, daughter of Dr. Milton Erickson. She has been practicing hypnosis for over ten years, and is an active member of the American Society for Clinical Hypnosis. She is also a certified HeartMath coach and mentor. Dr. Rebekah is a proud graduate of the William C. Friday fellowship for Human Relations and currently sits on the executive board of the Wildacres Leadership Initiative in North Carolina. You can hear her radio show, “MasterMind with Dr. Rebekah” on VoiceAmerica, Thursday mornings at 10:00 am Pacific Standard Time. 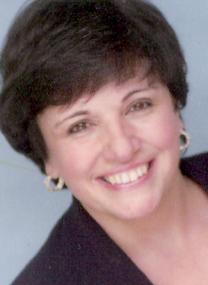 Colette Silvestri is the Gifted Support Teacher at Hershey High School in Hershey, Pennsylvania. She is the coach of the Hershey High School Memory Team and, previously, The East Pennsboro High School Team. She originally entered the public school system to test curriculum designs in arts education, but was required to work with East Pennsboro’s newly established ‘memory team.’ During that first year, one of her students became the first high school student to place among the top three adult finalists in the nation. After transferring to Hershey, she established a new memory program whose various teams and individual students succeeded in winning ten national titles, setting three adult national records and one international record. Her students have also represented Pennsylvania at the National Brain Bee, National Poetry Out Loud, Quiz Bowl and numerous business design competitions.

Aside from her work in education and the arts, she served as the Research Analyst for the Senate of Pennsylvania’s Communication and High Technology and the Banking & Insurance Committees. She also served as the Program Secretary for the National Center on Education and Employment at Columbia University, the National Coordinator for final reunion of Roosevelt’s Civilian Conservation Corps at Shenandoah National Park and as the State Policy Chair for The Junior Leagues of Pennsylvania.